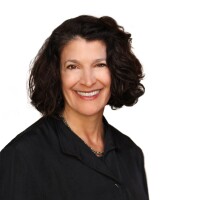 Jody feels like she is the luckiest person in the newsroom.

It’s her job to find the region’s keenest thinkers and most empathetic, diverse voices and help them tell their stories. That helps us all get smarter.

An award-winning journalist and journalism educator, Jody brims with ideas and energy about how to bring our community together, one issue at a time.

“Santa Cruz needs a ‘village square,’ a forum for reasoned debate, a place where we come together as a community and talk openly about what matters. It’s my job to get us talking about ourselves, our values, passions, fears and what unites and divides us.”

Jody believes deeply in the transformative power of information and local news to underpin democracy. She comes to Lookout after spending 15 years as a journalist in the U.S. and Europe, and amid more than a decade as a journalism educator. She is a humanities divisional professor at UCSC, where her courses focus on news literacy, the First Amendment and investigative journalism.

Jody has worked at The New York Daily News, The Santa Rosa Press Democrat and The San Francisco Chronicle. In 2000, the Chronicle sent her to Berlin as a foreign correspondent, where she worked for three years before getting hired as an editor by Der Spiegel, Germany’s leading newsweekly, which has a track record for investigative reporting.

In 2009, she took a job as director of the journalism program at SUNY Buffalo, where she rewrote the curriculum with a focus on ethics, the First Amendment and digital tools. She won numerous teaching awards and transformed the flagging student newspaper into an award-winning publication.

A native Californian, she feels she “came home” when she arrived in Santa Cruz in September 2021. She speaks German and French and is working on her Spanish. She’s a longtime swimmer, an aspiring surfer and a dedicated yogi. She is married with two teenagers, who constantly remind her how little she knows.