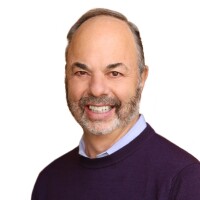 Ken Doctor first discovered Santa Cruz as a 17-year-old coming to UCSC in the school’s third year of existence. In founding Lookout Santa Cruz in 2020, Ken completes a long arc from those student days.

Along the way, he’s been a news executive, entrepreneur, editor and news industry analyst. A 21-year veteran of Knight Ridder Newspapers – which owned the San Jose Mercury News, Miami Herald and Philadelphia Inquirer, among others – he served in several executive and newsroom capacities.

As a business-of-news analyst since 2005, he’s been extensively quoted in the media on the changing economics of the news industry. He has chronicled the digital transformation and disruption of the press, including the successful transition of national companies like the New York Times and the sad decline of the local press throughout the country. “Newsonomics” is the word he coined to describe this new discipline of understanding the money flow within the print and broadcast transition to digital.

Believing that people want high-quality, trustworthy, nonpartisan news, Ken innovated the Lookout Local model over the past four years. Lookout Santa Cruz – the first of a planned network of sites – launched in November 2020.

Despite the limitations of COVID, Lookout Local has established itself as a go-to primary news site for thousands of readers. It has grown substantially in its two years and is able to replace much of what the best local daily newspapers used to do.

A public-benefit, for-profit company based in Santa Cruz, Lookout is built on its readers’ support through membership and its advertising effectiveness, used by more than 100 local businesses and nonprofits. Further, its unique student access and engagement programs, aiming to reach 42,000 students in Santa Cruz County, serve to further both its mission and model.

That mission – unusual for a news company – is to help better the lives of all who live in Santa Cruz County. As Lookout eyes expansion, it is being watchednationally and in California for its unique model.

“I believe citizens and communities require a fresh supply of high-quality, trustworthy, nonpartisan news, analysis and information,” Ken says. “The 2020s is uncharted territory, with necessary social ferment surfacing problems long unaddressed. Local democracy can solve these big issues — homelessness, affordability, racial inequity and more — but it can’t do that without a strong, fair and community-centric local press. At Lookout Santa Cruz, we are thrilled that the community has embraced our work.”

An early graduate of UC Santa Cruz, Ken has served as both past president of the UC Santa Cruz Foundation and the UCSC Alumni Council, and continues as a Foundation trustee.