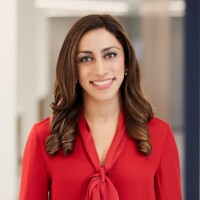 Sherene joined the First Amendment Coalition as a legal fellow in June 2020. An attorney and Emmy-nominated former journalist, she is passionate about FAC’s mission of promoting and defending the First Amendment freedoms of speech and the press through her work with Lookout.

She previously worked for the law firm Nixon Peabody, where she represented individuals and businesses in complex litigation and government investigation matters. She earned her J.D. from Loyola Law School, Los Angeles, and a dual B.A. from the University of Southern California in Broadcast Journalism and International Relations, as well as a minor certificate in Spanish. During law school, she served as a judicial extern for U.S. District Judge R. Gary Klausner of the Central District of California.

Before law school, Sherene spent six years working as an on-air television news reporter and producer, starting at WILX-TV in Lansing, Michigan, before stints at WWMT-TV in West Michigan and KNSD-TV in San Diego. She then worked as a field producer for ABC News, covering the San Bernardino terrorist attack, the 2016 killing of five Dallas police officers, and the “Stairway to Heaven” copyright trial. Her reporting earned an Emmy nomination and a first place award in the investigative/enterprise category from the Society of Professional Journalists, San Diego Pro Chapter.

She speaks Spanish and Farsi and is a member of the Iranian American Bar Association.