Another wave of Lehrer-mania: Cabrillo Stage celebrates the popularity (and mystery) of iconic satirist

Tom Lehrer, onetime star of musical satire and longtime Santa Cruzan, is the subject of the musical revue “Tomfoolery,” playing Friday through Sunday at the outdoor amphitheater at Cabrillo College.

Some in Santa Cruz might know him as a friend or neighbor, but on a national scale, Tom Lehrer is a legend.

He is that rarest of birds in the aviary of American popular culture. In fact, he’s so rare as to be unique. Who else achieved genuine national stardom as a performer and recording artist, walked away from it all at the height of his powers, and stayed away, resisting the lure of the comeback for 50 years … and counting?

For about a 12-year period, in the 1950s and ’60s, Lehrer was America’s preeminent musical satirist, using pre-rock ’n’ roll song forms, mostly from Broadway and musical theater, to lampoon American life, from higher education, to religion, to politics, to the military. In its own way, in the context of the times, his work was as subversive as much as the more overt rock ’n’ rollers who followed him.

But in the early 1970s, Lehrer quit performing altogether to pursue his first love, mathematics. And he did that in Santa Cruz.

In 1972, the Harvard-educated Lehrer joined the faculty in mathematics at UC Santa Cruz and taught on campus for 30 years, and has lived in the area, at least part-time, ever since.

Lehrer’s remarkable career gets yet another once-over this weekend with Cabrillo Stage’s five-performance, three-day run of “Tomfoolery,” a musical revue celebrating many of Lehrer’s most memorable satirical songs, such as “The Elements,” “The Masochism Tango” and “Vatican Rag.”

Lehrer’s musical savvy, his ingenious wordplay and cutting sense of irony, and a kind of brainy sarcasm that ran through his work appeals to the inner 15-year-old in everyone. Because his career was so brief, his fan base consists largely of baby boomers who grew up in his heyday and experienced his prominence in real time, or kids immersed in the music and language of musical theater.

Count Andrew Ceglio among the latter. He’s the co-director (with Michael McGushin) of Cabrillo Stage’s “Tomfoolery.” Ceglio said that he was first entranced by Lehrer’s music as a child when he first heard Lehrer’s wry grammar lesson, “Silent E,” which first aired on the kids’ show “The Electric Company.” Later, as a teenager, he discovered Lehrer again, in a different context.

“He was a huge inspiration for me, just being raised Catholic,” said Ceglio, who also plays one of the singing roles in the production. “As a young man, I stopped following Catholicism when I was 15 or so. And then I heard ‘The Vatican Rag,’ which is also a number we do in this show. We were all taught growing up that you just don’t make fun of these things, so there was something kind of wicked about having these catchy rhymes. And I think Lehrer was right, if the Catholic Church would put some of the liturgical music in popular song form, I could totally get behind it.”

Though much of Lehrer’s music was as subversive and iconoclastic as the Dylan/Beatles/George Carlin counterculture of the 1960s, Lehrer’s delivery and performance style was from an older generation, and he was an uncomfortable fit in the long-hair aesthetics of the period. His most recent recording was released in 1965, and a few years later, he stopped touring and performing in public, retreating to Santa Cruz.

Lehrer, 93, is notoriously press-shy (I met him once many years ago, and though we chatted pleasantly for a while, when I attempted to engage further, he politely but firmly rebuffed me). In an interview published in 2000 as part of a reissue of his most famous recordings, he suggested that he walked away from performance because he’d simply lost interest in it, and dreaded the idea of playing the same material over and over again for years.

Click on image below to check out Lookout's BOLO events calendar 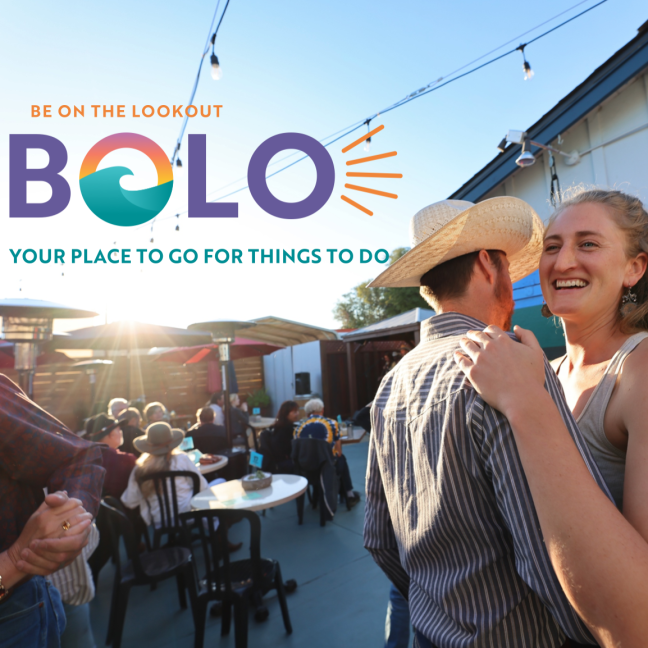 Whatever his reasons, he’s remained consistent in his attitudes for five decades, and his insistence on not having to explain himself and his resistance to the lure of the celebrity comeback have made him a cultural enigma.

In recent years, Lehrer has committed himself even more deeply to the mystery by declaring his entire catalogue of songs — fewer than 40 when you count them all up — to be free from all copyright claims, posting his lyrics and music to a website with a declaration that ends with “This website will be shut down on December 31, 2024, so if you want to download anything, don’t wait too long.”

In Santa Cruz, Lehrer-mania has taken the form of various performances of his material over the years, none more prominent that “Viva La Lehrer,” a stage show that ran several years on or near Lehrer’s birthday, featuring many of Santa Cruz’s most well-known musicians and entertainers who came together to form “The Lehrermen.” The show’s creator, Lehrer super-fan Peter Nichols, hoped to coax Lehrer himself out to see the show. According to Nichols, Lehrer acknowledged the show, but declined to participate in any way.

Ceglio got to meet Lehrer, but his experience was much more positive. “My interactions with him have been both extremely pleasant and mind-blowing in a way,” said Ceglio. “When he found out we were doing ‘Tomfoolery,’ he just kind of offered up the moon. He was like, ‘What do you need? Oh, here’s some jokes I used before and found were very successful.’”

The production will be staged at the outdoor amphitheater at Cabrillo College (the beautiful Crocker Theater has been sidelined in this post-pandemic summer) with a cast that includes Ceglio, Alice Hughes, Thomas Webb, Sarah Kauffman Michael, Kristi Garcia and Richard Dwyer. “It kind of has a gypsy-wagon kind of feel to it,” Ceglio said of the production, “but in a fun way.”

Ceglio said that Lehrer will not be able to attend the performances; he said Lehrer is currently on the East Coast. “Unfortunately, he’s just not well enough to travel, but I tell you, by talking with him, you’d never know it. He’s still firing on all cylinders.”

Wallace Baine is Lookout’s City Life Correspondent, covering arts, music and culture, as well as the people who make Santa Cruz and neighboring communities tick. He also writes “The Here & Now,” a periodic column that offers his take on the news of the day — and the news you’d otherwise miss.

More from Wallace Baine
Stay connected & support local journalism
We’re all about Santa Cruz County, from north to south and in-between. Members have unlimited access to our 24/7 local news coverage.