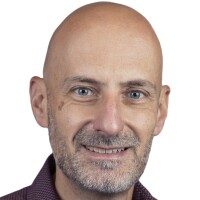 Chris brings to Lookout the know-how of a big city newspaper editor with deep roots in community journalism. He began his career covering towns and schools in suburban Chicago for two newspapers, Shaw Media’s Northwest Herald and Paddock Publications’ Daily Herald, before joining the Chicago Sun-Times, where he spent 20 years in a variety of roles, including state government reporter, Watchdogs reporter, managing editor and, most recently, executive editor.

As a reporter, he and two colleagues won a George Polk Award in 2014 for their yearslong investigation that led to the conviction of a member of Chicago’s politically powerful Daley family in a 10-year-old homicide case. Under his leadership as editor, the Sun-Times was named one of Editor & Publisher’s “10 That Do It Right 2020,” reflecting the paper’s transition from a print-focused operation to one with a digital future.

As a member of the Illinois Press Association board of directors, Chris has seen the challenges that media companies big and small are facing.

“For me, Lookout is an opportunity to take everything I’ve learned in 26 years in the business and work alongside a talented and diverse team to right local journalism’s ship,” he says. “And the beauty of it is, I’ll get to learn a lot more in a place like Santa Cruz, a community hungry for news in a state where there’s no shortage of it.”

Know your place
We’re all about Santa Cruz County, from north to south and in-between.