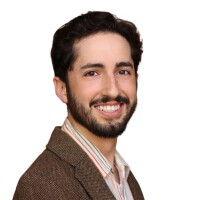 Giovanni Moujaes (he/him) comes to Lookout Santa Cruz with five years of experience managing news products and content strategies. A San Diego native, Giovanni has worked with news organizations up and down the coast of Southern California, ranging from The San Diego Union-Tribune to KTLA 5 News in Los Angeles, his most recent stop.

At KTLA, Giovanni developed and executed the station’s digital video strategies. He also led audience growth efforts on KTLA’s YouTube and Instagram accounts, the latter of which became one of the five largest local news followings on the platform. Prior to joining KTLA, Giovanni won an OJA for his work as lead producer/editor on a 360 documentary series with USC Annenberg’s JOVRNALISM program and The Desert Sun. He has also contributed to The Guardian, New York Times and USA Today.

“The current business model for much of the local news industry isn’t sustainable, nor is it centered around community betterment,” Giovanni said. “Lookout represents what the future can look like for fostering quality journalism and deeply rooted community partnerships — all while supporting the talented people behind that work.”

Giovanni is a member of the USC Annenberg Alumni Advisory Board, where he continues to advocate for the advancement of young journalists. He plans to expand that work to Santa Cruz-area schools in the near future.